Unprecedented urbanization is threatening landscape diversity, bringing along new social and environmental problems. Standardized business centers, single family residential areas and shopping malls displace highly productive agricultural land, while the culture and lifestyles of local communities become absorbed into the sphere of globalization. People are losing their sense of place and their motivation to initiate change. The result is a tremendous increase in fragility of these new landscapes of the twenty-first century, calling for an active and creative landscape shaping process to secure the long-term provision of critical ecosystem services. This project will contribute to a next generation of tools and methods to foster the development of resilient landscapes. The resulting methods and tool will ultimately support humans to intentionally transform peri-urban landscapes.

The main goals of the project are:

Place-making is used as a concept to describe and understand how meaningful places emerge out of various interactions between people and their environments – but generalising place-making in a meaningful way is difficult due to the diversity of places and interactions. Despite the seemingly endless variety of place-making concepts that already exist, their application and success relies on expert knowledge in the domains of both place and place-making.

Similar to already established methods in the field of place-attachment (external pageHernandez 2020call_made), we developed a first measurement model of place-making, which is based on people's immediate relationship to various place-making practices and attitudes in their neighbourhood. The data used comes from a large and representative survey of 10'000 residents in the Netherlands.

Our findings allow to successfully systematise place-making to tackle the challenges facing peri-urban landscapes, since the underlying psychometric measurement scale can be used to compare, characterise, or even evaluate different place-making patterns. Furthermore, our work on place-making can be integrated with the wider field of transformation sciences, such as the so-called leverage points (external pageDonella Meadows 2009call_made) and the three spheres of transfor-mation (personal, political, practical) by O'Brien (external page2019call_made).

How can one transform an urban neighbourhood for the better? Would the answer be to focus on societal and ecological needs; should it be attractive and politically feasible; and simultaneously sustainable? We developed a serious game for two neighbourhoods in Hochdorf (Luzern, Switzerland) and Sompasaari (Helsinki, Finland) to investigate such trade-offs.

In Oktober 2021, a series of two workshops invited the stakeholders from Hochdorf to transform their neighbourhood with the serious gaming method. The game was adapted to Sompasaari, and here the players delved into another potential transformation during two workshops in Februari 2022. In both cases, the method allowed multi-stakeholders to discuss at a level playing field, drew them into deep discussions, allowed us to observe up-close how particular trade-offs are dealt with, and help us understand the driver and barrier mechanisms that govern urban transformations

In particular, preliminary results show that

Impressions from the Game sessions in Hochdorf and Sompasaari 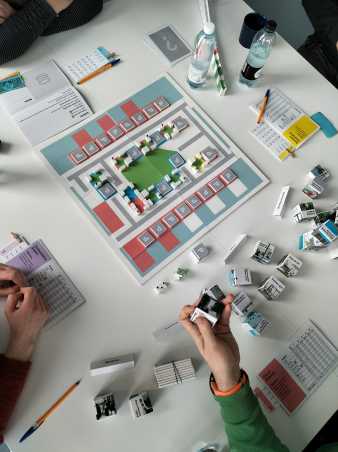 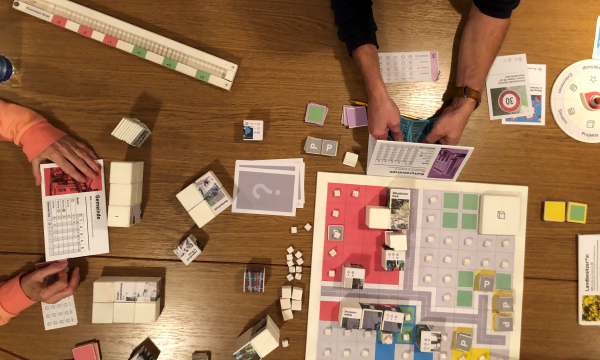 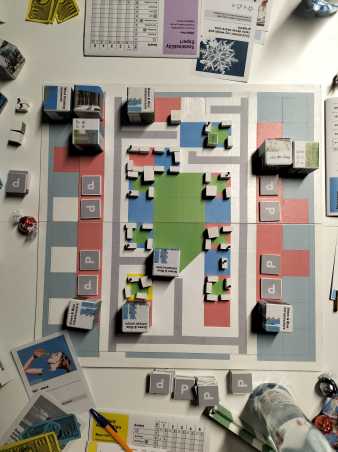 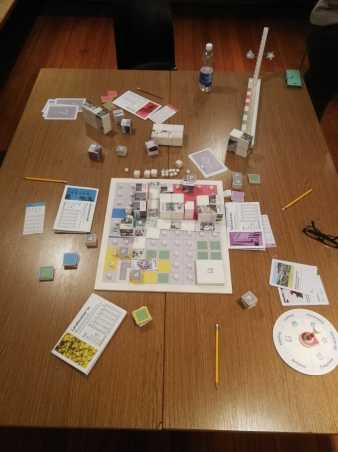 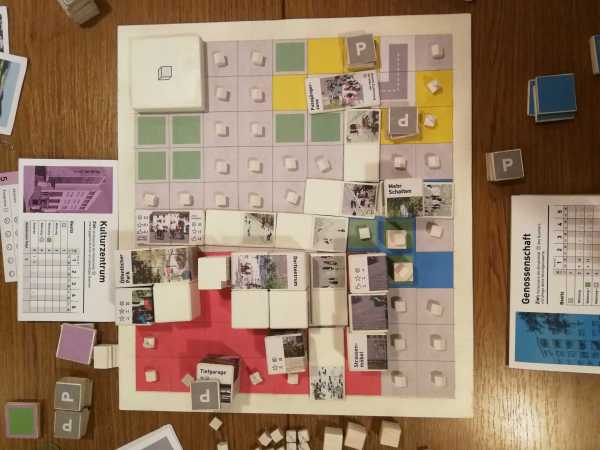 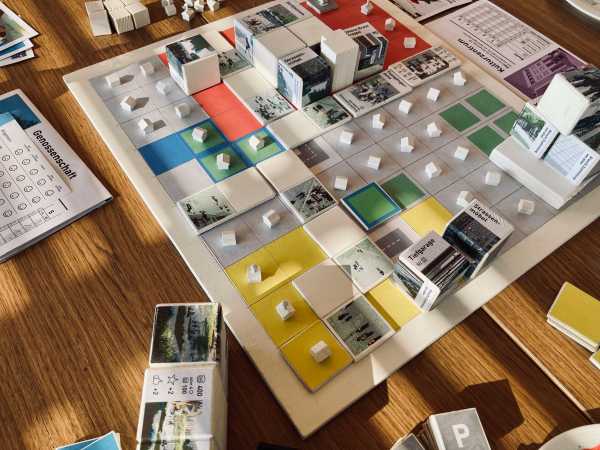 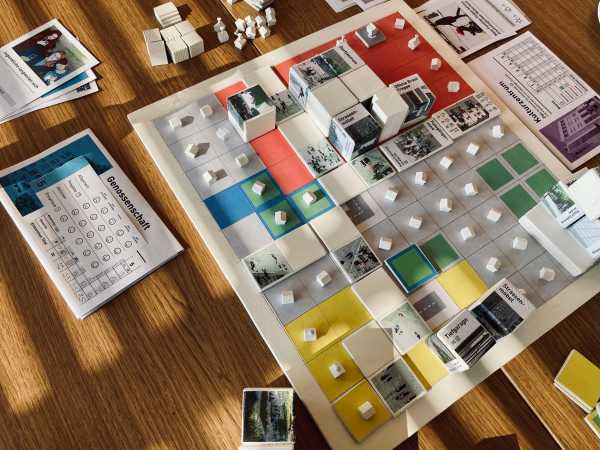 To further analyze the influence of the representation of the envrionment on the discussions around place-making, we transofmed the board game of Hochdorf into a digital game. For full immersion, a 3D model of the Braui-Area in Hochdorf was created from terrestrial laser scan point clouds. The projects in the game were represented by 3D sketches.

Possible Implementations of Elements during a 3D Game Session 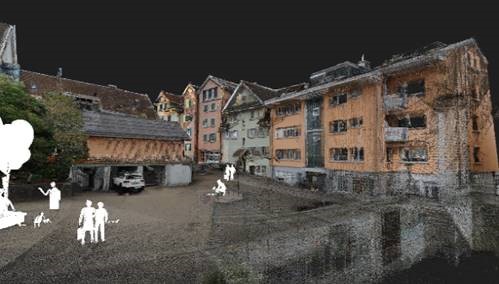 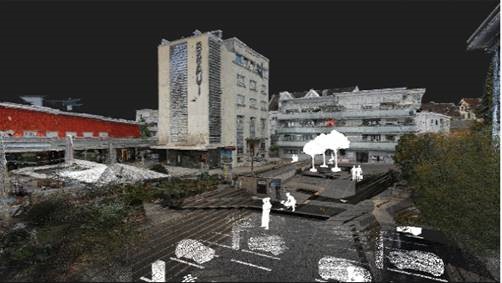 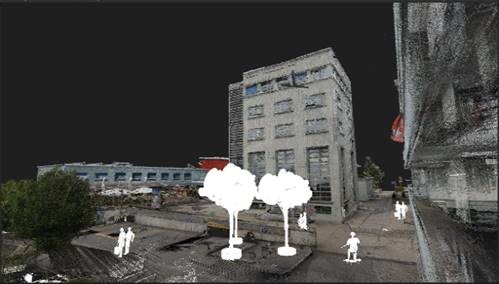 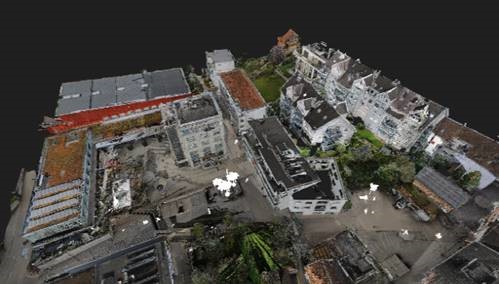 In September 2020, a first full experiment was conducted in Olten (CH) and Aarau (CH), using physiological and psychological measurement methods in virtual environments. In our mobile visual-acoustic laboratory, 150 participants were exposed to three types of residential areas: rural, urban/old town and peri-urban. An image of natural characteristics (tree canopy) served as baseline. The demonstrated landscapes were obtained from 360° photographs combined with ambisonic sound. Electrodermal activity (EDA) (electrodes on fingertips), heart rate variability (HRV, wristband) and a cognitive assessment of the scenes, including our framework of place and place-making, were recorded.

Participants were invited to take part in a prize drawing in return for participating. The winner donated the lottery prize of 2’000 CHF to “CMB mission chrétienne pour les aveugles”.

A first analysis showed that peri-urban areas were less often preferred (11%) compared to urban/old town (30%), and rural areas (58%) and they generated more often a negative affective reaction. EDA measurements indicate a marked difference between the residential built areas and the baseline which, as expected, generated lower arousal. Both Tonic and Phasic EDA signals behaved differently when comparing peri-urban to the other residential landscapes which is interesting since half the European population is living in peri-urban areas. Further analysis of the findings are in process, and will allow to find connections between affective reactions and place-making and specific landscape characteristics.

In September and October 2021, we conducted the second full virtual reality experiment in Utrecht (NL). Similar to the first experiment, we used physiological and self-reported measurement methods to evaluate emotional reactions to residential neighbourhoods in virtual reality environments. Our mobile visual-acoustic laboratory allowed us to visit frequented locations around Utrecht. A total of 250 participants where exposed to three types of residential environments elaborated from 360° photos with ambisonic sound, all which were obtained in Utrecht or in its surroundings. During the experiment, we recorded EDA, HRV, and information on place-making, social cohesion and neighbourhood attachment. Socio demographic data was compiled as well.

Participants to the experiment took part in a 1500 EUR prize drawing. The winner was Mr. Matthijs Theeuwen that participated in the location “Smaragdplein”.

Results of the emotional measurement show that peri-urban areas trigger unpleasant deactivating feelings contrasting with measurements on the urban neighbourhood that trigger positive emotions. Rural scenes were evaluated neutrally in Utrecht, which contrast with our results in Switzerland where people clearly showed their preference for those type of neighbourhood landscapes. In addition, we performed a regression analysis in order to explain placemaking using social cohesion, attachment and emotional reactions to the physical setting. We discover that emotional reactions play a role for the case of the rural and urban scenes but it was not the case for peri-urban neighbourhouds. It seems that in addition to trigger more negative feeling, the peri-urban setting is not evoking emotions that could help triggering the placemaking process.

Impressions from the Experiment in Utrecht, Netherland 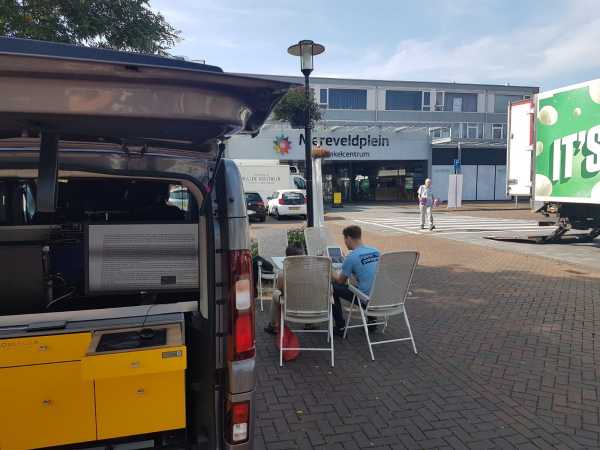 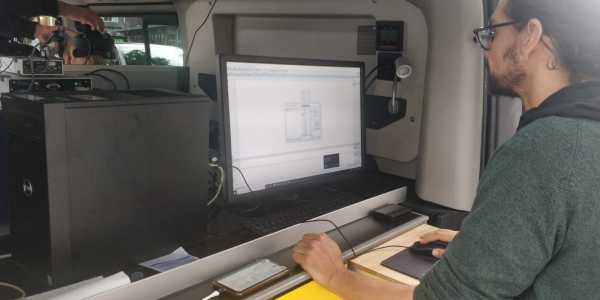 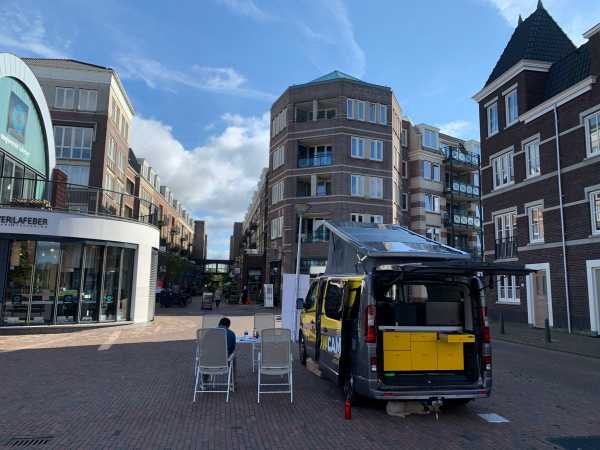 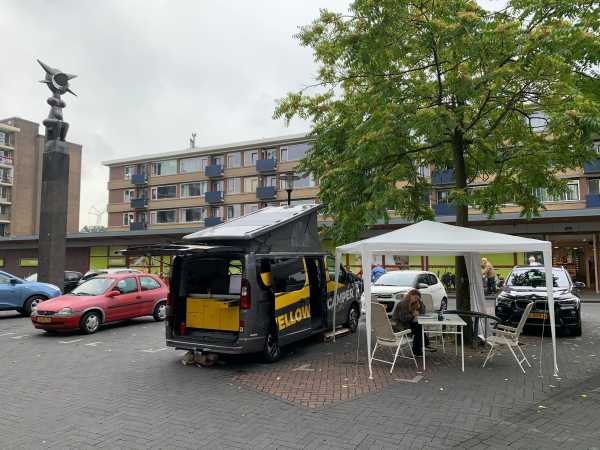 Impressions from the Experiment in Olten and Aarau, Switzerland 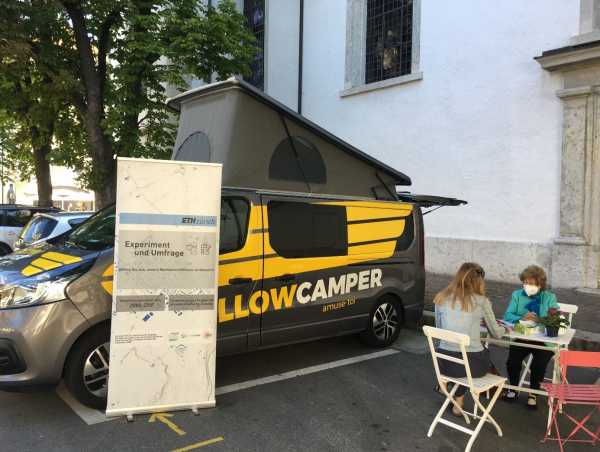 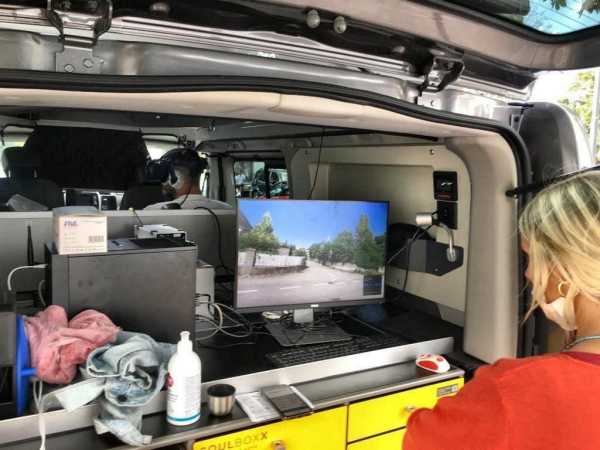 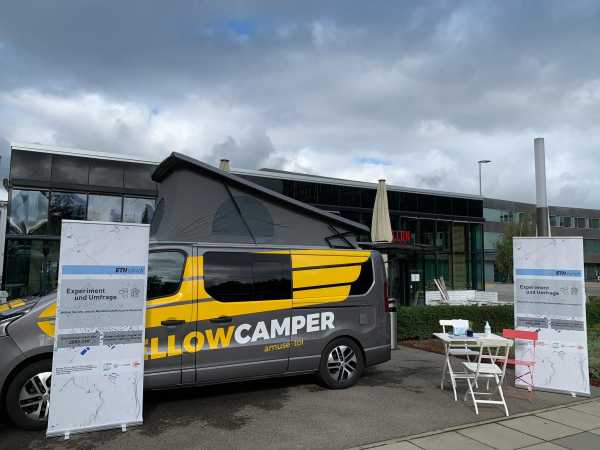 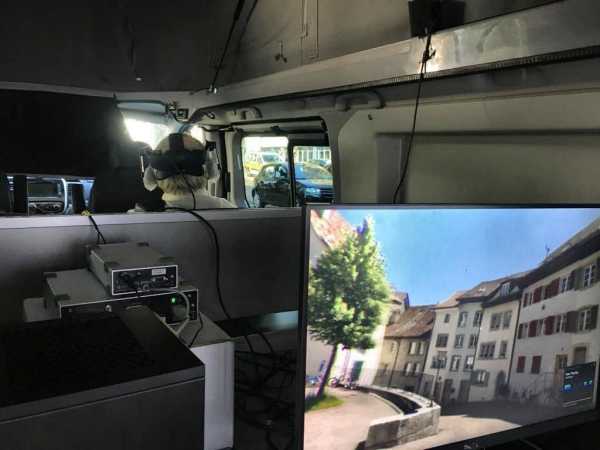 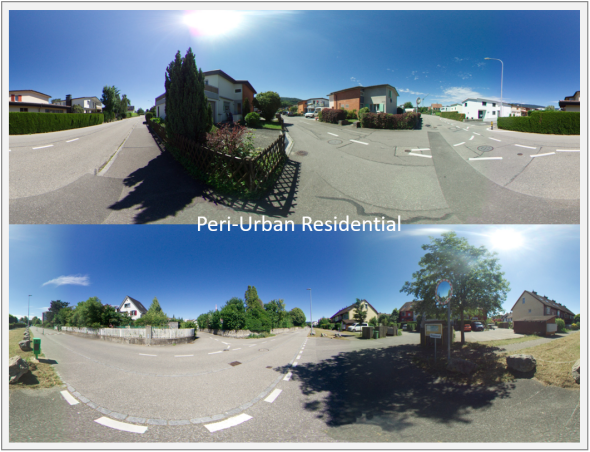 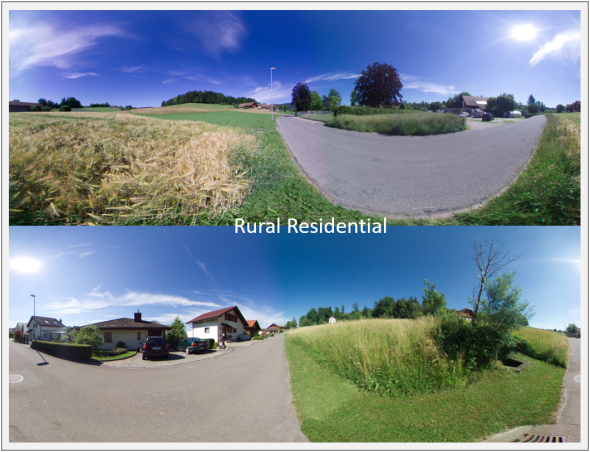 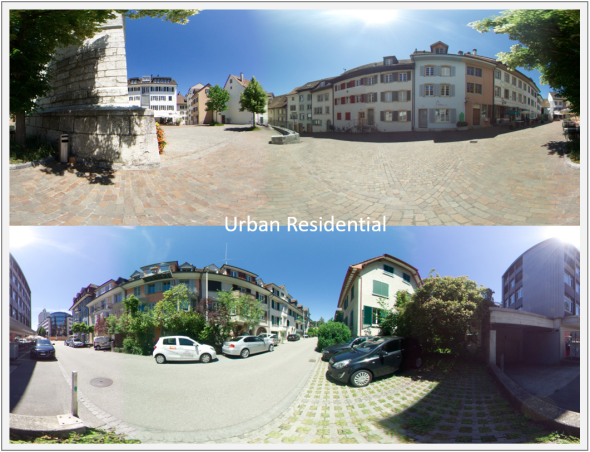 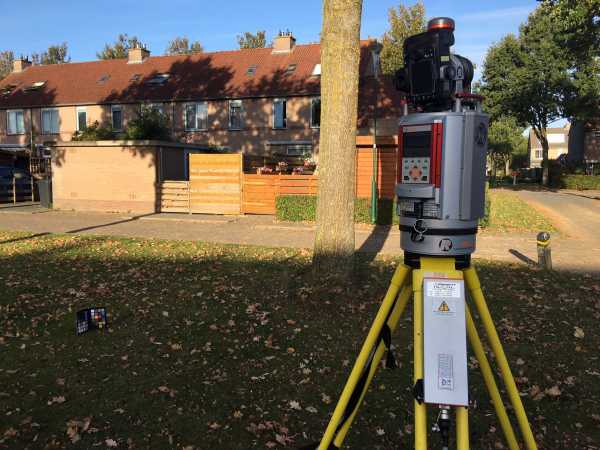 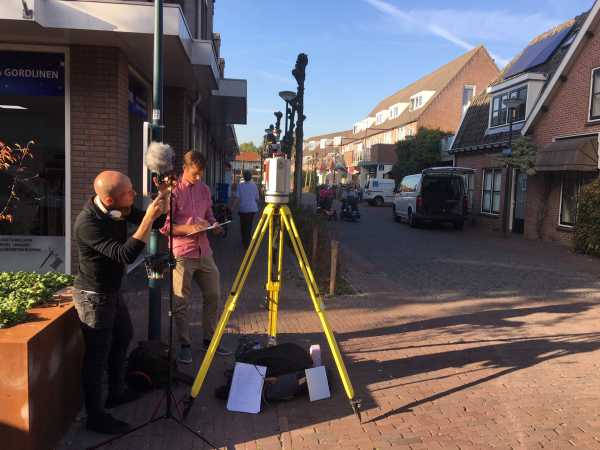 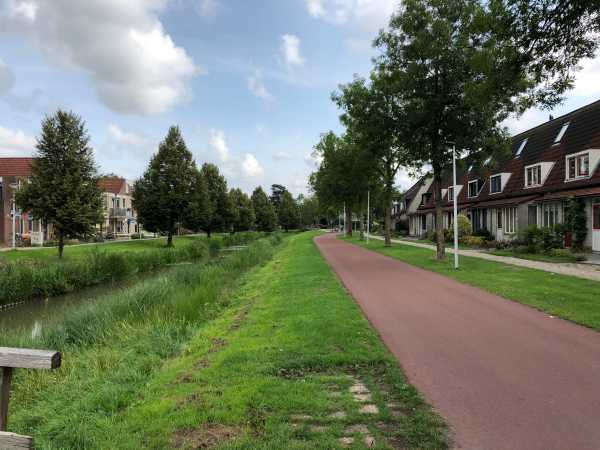 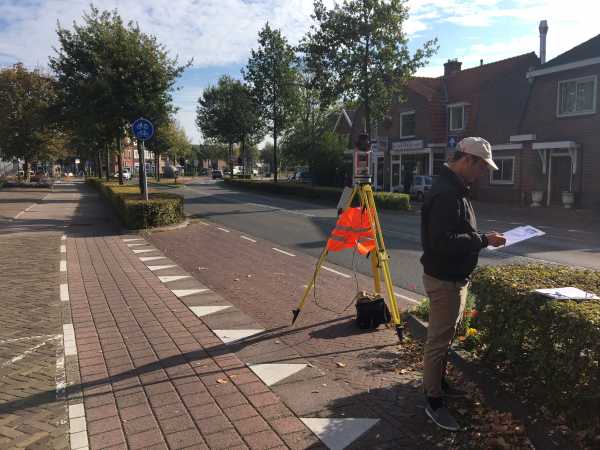 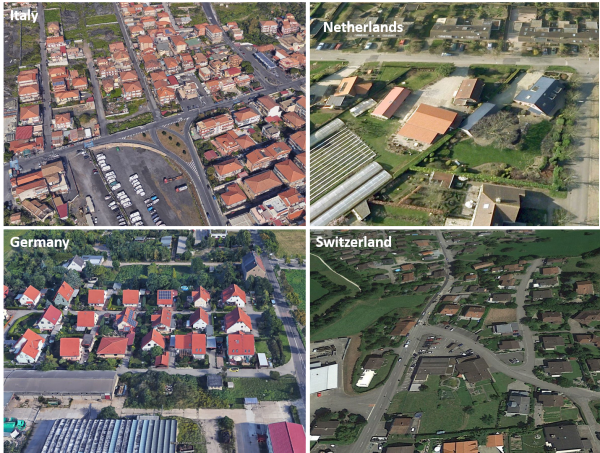 This project has received funding from the European Research Council (ERC) under the European Union’s Horizon 2020 research and innovation programme (Grant agreement No. 757565)

JavaScript has been disabled in your browser